At New York Comic Con, Del Rey announced two new projects in the Star Wars universe. The first will tell a story that was first mentioned in A New Hope, but has remained a mystery ever since. The second sees a writer responsible for one of the most popular science fiction books released in recent years.
John Jackson Miller will tackle Kenobi, which details the Jedi’s master's life following  events of  Revenge of the Sith. Miller had the following to say about the project:

Kenobi is a sweeping story that’s part epic western, part high-stakes drama, part romance — but it’s all Star Wars, taking place in the early days of Obi-Wan’s exile to Tatooine. I’ve been working on this concept for years and the basics are pretty simple. The greatest hero in the galaxy faces his toughest challenge yet: He must stop being Obi-Wan — and learn to live as Ben. 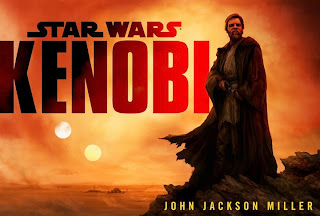 The release date for Kenobi is  set for late 2013.
In other news, the third book in the upcoming “Rebels” standalone novels,  focusing on the principle characters in the original trilogy set between Star Wars and The Empire Strikes Back, will feature Han Solo. The tale will be penned by James S. A. Corey, otherwise known as the writing duo of Daniel Abraham and Ty Franck. Corey's immensely popular space opera novels Leviathan Wakes and Caliban's War leave little doubt that this project will be one to watch for.
Which of these upcoming additions to the mountain of Star Wars titles are you most looking forward to?