I know I've been conspicuously absent from the blogsphere and I want to take a moment to sincerely apologize to everyone who has been reading and commenting on my ruminations since I started this little vanity project. Real life and my own tendency to over-extend myself got the best of me for a while but I'm back and here to stay, though I doubt I'll be as prolific as I once was. With that said, I am happy to continue the Spec. Fic Writer's series with this entry on plotting by Michael J. Sullivan. Michael's a real genre success story one of the first to go from self publishing into the wider acclaim enjoyed by those who follow the more traditional road. He's a gentleman and scholar and has been a joy to read, interview, and work with on this subject. I trust you'll find his advice as enlightening as I did. Enjoy. 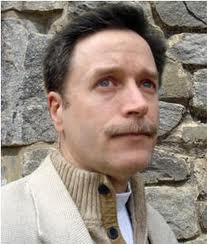 In various online forums I’m usually surprised when someone new to writing asks for advice as to whether to outline their plots or is it better to be a “pantser” (develop the story as you go – named for flying by the seat of our pants). The notion that anyone would ask such a thing, as if they could will themselves into one or the other based on popular opinion, shows that people are struggling to develop techniques to help them find their way. But there is no right answer to this question, and each author needs to find what works for them. For some, outlining will destroy their creativity. They prefer to discover as their characters do. The downside is you can write yourself into a corner, which could result in abandoning the book or at least having to do significant rewriting.

I’ll share my technique, as it might be helpful to those haven’t yet found what works for them…do both.  I always start a book with a “light outline” this may mean just a few sentences per chapter, or a listing of a number of scenes that I’ve already thought about before beginning. I don’t start writing until I know where I’m heading, but, and here is the important point, that doesn’t mean you can’t change direction as the story begins to unfold.  I look at the process much like a road trip.

If I’m traveling across country I’ll start with a given route and make plans where to stop to get a bite to eat or to spend the night. Along the way I’m not so focused on the trip that I ignore something interesting that I may happen upon. I’ll take that unplanned exit, and explore that back road. Perhaps I’ll be rewarded by a really cool covered bridge or a breathtaking view. It may even give me an idea at a different destination…and that’s fine.

Characters and plots grow naturally out of plausibility and creative bursts that redirect the story. Fighting these opportunities can result in a stiff, contrived book. The trick I found was to take those unexpected paths, but then reorient the outline to accommodate for it. The idea is to always be able to see the end from where you are in the story. If at any point you make a turn and you can’t see exactly how your story ends, then you have to stop, take an hour or so and work out the problem before starting again. Once solved, you resume until the next unexpected turn. The worst thing you can do, is push on blindly writing tens of thousands of words and find yourself in a locked room that your character can’t possible escape from.

So my outlines are pretty fluid things, and little more than skeletons with some chapters having only the single bullet point "something happens here." Here is an example of how I might have outlined the start of The Wizard of Oz.


You can see a lot of potential problems already. There are a lot of unexplained questions. Why is Gulch upset with Toto? How does Toto escape? Who exactly is the old guy and how does he scare Dorothy into going home? And these are just plot issues. What about setting and characterization? Where does this story take place? Nebraska, Kansas, Oklahoma? Who is Dorothy living with—parents? What are they like? Does she have brothers and sisters? Farm hands? Neighbors?

These kinds of questions can often be explored while writing. In doing so, you can still have the fun and excitement of discovering things about the story and yet, feel secure that the story will work out in the end.

Building an outline is pretty simple. You just start with a few ideas: where the story starts; something that happens in the middle; and then the end. This gives you three bullet points. You run the story though your head a few times and you get more ideas—more points. If you’re lucky you know the anti-climax and the climax. Imagine telling your idea to someone. What questions might they ask? (Exactly how old is this Dorothy? How are you going to account for Oz?) Answering these questions add more points to the outline. After a while these bullet points work like one of those draw-by-number pages. You can sort of see the story taking shape. Still it isn’t until you begin writing, that you draw that line that connects the dots and the whole thing comes alive. A few dots might need to be moved, some erased and some added, but in the end you have a well constructed story ready for polishing.

I hope this is helpful to those trying to find their own approach. Remember, there is no single right answer (and probably why it’s asked so often).  Bottom line, the more writing you do, the closer you’ll come to developing your own system that gives you the right balance of the “fun of discoverability” and the “satisfaction of completing” a novel that follows a given story arc.