Pacing is perhaps the most ephermeral off all of the balls a writer has to juggle, but it also one of the most critical elements of compelling storytelling. The effect good pacing has on the flow of a novel can make or break the reception a author recieves in the marketplace. So when, Courtney Schafer, an up and comer in genre circles agreed to take on this difficult subject, I was anxious to see what words of wisdom she would have for would-be authors. I was really impressed by her debut novel The Whitefire Crossing which showed an impressive understanding of the craft of writing, and daring willingness to break with conventional structure. Her take on pacing is no less impressive. I found her advice to be both well informed, by her own experience and useful for writers of all levels of experience. I hope the readers of this series will glean as much useful information in her words as I did. 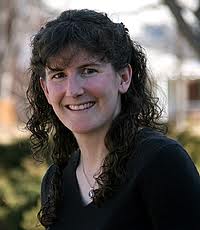 Pacing: The Art of Keeping Your Readers Riveted to the Page

Ah, pacing: the area most often singled out by book reviewers as problematic in debut novels.  Why?  Probably because pacing is one of the hardest things for a writer to evaluate objectively in their own work, especially at the higher, structural level.  But before we talk structure, let’s talk about the simplest aspect of pacing: the speed of the story, as experienced by the reader.

Descriptive and expository passages slow a scene’s pace down.  Pure dialogue and action speed it up.  You can also use sentence length to change a reader’s perception of pace: long sentences feel slower, short sentences feel faster.  For example, look at two snippets from my own writing.  First this one:

I sat cross-legged on a flat topped chunk of talus and soaked in the view.  Below me sprawled the broad rock strewn basin at the head of the canyon.  Dawn’s light painted the surrounding peaks a vivid gold and softened the contours of the icy snowfields that spilled from their heights.

Compared to this one:

I turned, listening in darkness. Where was he, where –
An impact slammed me against unyielding stone. Pain flared in my ribs.  I twisted and lashed out with the knife. The blade hissed through empty air.
I spat a curse.  The only reply was a low, mocking laugh.

Second one reads faster, right?  That’s due to a combination of action and shorter sentences.  Another way to increase pace is to use run-on stream-of-consciousness sentences to convey a sense of breathless immediacy.  But that’s a technique best used in moderation, and preferably in alternation with far shorter sentences.  Here’s an example from a car chase scene in Adam Hall’s espionage thriller The Tango Briefing:

His headlights seemed rather bright even allowing for the fact that I was now facing them and I started wondering again whether I’d judged things right but there was a rising fifty on the clock by now and everything was shaping up well enough; I think it was only the primitive animal brain starting to worry: the organism didn’t like the look of this at all, up on its back legs and bloody well whining.
Ignore.
Speed now 70.
His estimated speed: 80 plus.
Minimum impact figure if things went wrong: 150.
I didn’t put the heads on yet because I wanted to save that till later: three or four seconds from now. At the moment he wouldn’t be absolutely sure what I was doing: he would have lost my rear lamps but that could mean I’d simply turned them off; he would have picked up my parking lights but he wouldn’t necessarily identify them: with an eye-level horizon the big North African stars seemed to be floating on the dunes and this would confuse him.

As Hall’s spy protagonist and a rival operative play a high-speed game of chicken that ends in a deadly crash, Hall continues to alternate between Quiller’s thoughts and spare, brutal statements of fact.  The technique is startlingly effective to maintain intensity – but it works because it fits perfectly with the book’s overall style.

You’ll need to experiment and find out what techniques work best with your own style.  Another important thing to keep in mind is the “right” pace will vary between scenes.  Got a thrilling action scene?  Keep the pace quick.  But for a character moment, you might want to slow down to let your readers savor the emotional nuances.

You want to add in enough description to keep the reader grounded in your world without losing their interest, and enough of an internal view into a character to make them feel real and compelling without drowning the reader in angst or irrelevancies.  How do you walk that line?  It’s an art, not a science, and the really tricky part is that the answer’s different for every story.  A sword-and-sorcery tale requires a much faster pace than literary dystopian SF.  Thankfully, there are two excellent ways to judge the success of low-level pacing, and they work no matter what type of story you’re writing.

The first and easiest way: read your story aloud.  (Better yet if you can have someone else read it aloud while you listen, but that requires an extremely patient friend or spouse.)  Are there spots where your attention starts to wander?  That’s a big red warning flag that you need to increase pace and tension.  (I’ll talk more about tension in a moment, when discussing pace at the structural level.)  Conversely, is the action happening so fast that it’s confusing?  If something important just took place, does the scene convey the appropriate emotional impact to the characters, or does it rush on to something else before the reader has time to process the change?  If so, you need to slow the pace down, by adding internal dialogue, descriptive tags, or other indications of character reactions.

But even reading aloud, it’s not always easy to see pacing issues in your own writing, because you know your world and characters so well that you see beyond what’s actually on the page.  That brings me to the second and best way to evaluate pacing: get blunt, honest feedback from readers experienced in your genre.  When I say “experienced in your genre,” I don’t mean the feedback-giver should be some professor of creative writing.  The person doesn’t have to be a writer at all.  But you want someone who both enjoys your genre and is well-read in it.  That means they’ll have an intuitive grasp of the range of pacing appropriate to the type of story you want to tell.  And even someone who’s never written a word of their own can tell you where their interest flags, or when a scene is confusing or rushed.

Speaking of that experienced reader, I want to point out that reading widely in your genre may be the best thing you can do for yourself as a writer.  The more you read, the more you internalize what works and doesn’t work in stories – especially if you not only read, but think about the books you read.  What was it about that favorite novel that kept you glued to your chair until the wee hours of the morning?  Or what about that book whose premise sounded so intriguing, but turned out to be an utter bore?  Why did your interest fade away?

But okay, let’s move up a level now, and talk about overall story structure.  You may hear people talking about how these days debut authors need to open their novels with a “bang” to get the reader hooked.  (Established authors enjoy a little more leeway, because readers already trust in their story-telling skills.) Sometimes people misunderstand this to mean they need to start in the middle of some frenetic action scene.  But if the readers aren’t yet invested in the characters or story, it’s far more likely they’ll find the action confusing and/or boring.  I think a more useful suggestion is to try and put your story’s inciting incident as close to the start of the book as possible. What do I mean by inciting incident?  The event that sets your primary plot in motion.  To use a familiar example, in Harry Potter it’d be the invitation for him to attend Hogwarts.

Once you’ve got the hook set and the plot in motion, you can relax into a bit of a slower pace to flesh out characters and fill in your world.  But even here, you don’t want to lose narrative tension entirely.  So what is narrative tension?  It’s the suspense that keeps a reader turning the pages, wondering what will happen next.  Lose tension, and you risk losing the reader.

A lack of tension can be awfully hard for a new writer to spot.  I know it was for me.  When I first queried my original draft of The Whitefire Crossing, I got all these extremely complimentary rejections from agents praising everything from my prose to my worldbuilding...only to finish with the dreaded, “But I just didn’t fall in love with it.”  It wasn’t until I joined a critique group and got chapter-by-chapter feedback on the draft that I learned what the underlying problem was: the story lacked tension.  I wrote a post a few weeks ago at the Night Bazaar in which I go into detail on this point, complete with an example scene from my first draft of Whitefire, compared with the same scene in the final draft.  I won’t repeat the entire post here (this one’s gonna be long enough already!), but if like me you learn by example, you might find the comparison illuminating:  http://night-bazaar.com/inching-or-leaping.html.

Basically, you need to look carefully at each and every scene: is the scene pulling its weight, story-wise?  Are you always furthering the plot, deepening the characters, adding new sources of tension – or better yet, doing several of those things at once?  If not, you need to either cut or rewrite it.  And the more tension you have in the story, the faster-paced it’ll feel to the reader, because they’ll be driven to keep turning pages.

You also need to look at the flow of tension.  You’ll have natural peaks and valleys, as characters set goals, try to achieve them, encounter setbacks or reversals, and adjust goals/plans accordingly.  But in a well-paced book, those peaks and valleys will be imposed upon an overall rising slope – the tension should increase as the book goes on, rising higher and higher until you reach the book’s climax.  A simple way to do this is by increasing the stakes (either emotional or physical) for the characters involved, each time there’s a major point of conflict.  Think of the classic epic fantasy, in which first a character’s village is destroyed by the baddies, then they realize a war’s coming to their country, then they find that the villain’s ultimate goal is the subjugation/destruction of the entire world.  Or the urban fantasy in which a detective’s hunting a monster that first threatens strangers, then the detective herself, then kidnaps the detective’s lover/child/partner (thus upping the emotional stakes).  Those are simplistic examples, perhaps, but hopefully you get the idea.

All this is a lot to think about, right?  The good news is that you don’t need to worry much over any of it while writing your first draft.  Pacing is often best addressed in revision, when you can consider each scene in the context of the story as a whole.  So first, get that story out of your head and onto the page. Then you can cut out the dross and adjust the pacing to ensure your reader stays riveted until the very last page.
Posted by Unknown at 2:16 PM